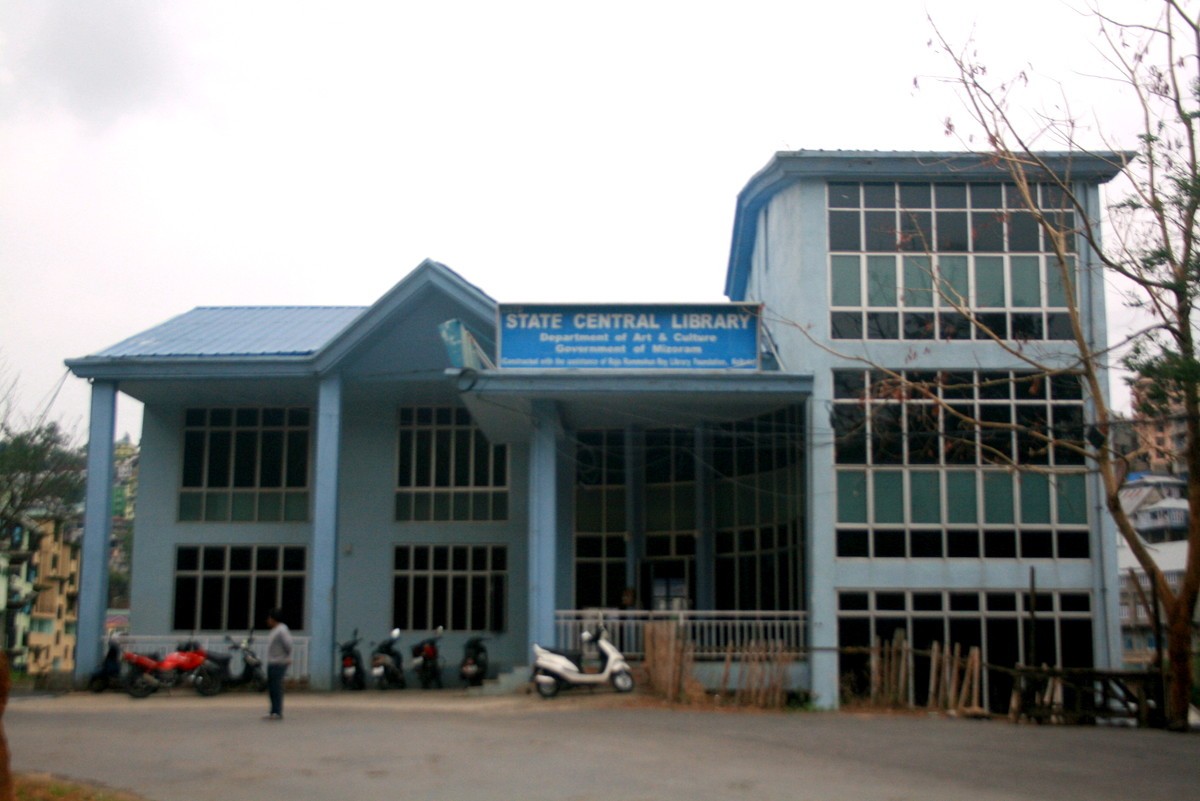 The Mizoram State Library was established in the year 1974. It was housed in a private rented building till recently. With the administrative system of public libraries on the anvil all the public libraries in the State were streamlined and brought under the administrative control of the State Library,hence renamed as State Central Library. A building for State Central Library was started with the grants from Raja Rammohan Roy Library Foundation (RRRLF) at the New Secretariat Complex. The Hon'ble Chief Minister of Mizoram inaugurated the State Central Library building in March 2011 and has now been occupied and is functioning in its own building.

Aizawl- Originally it was a Sub-Divisional Library established in Aizawl in 1969. It is housed in a private rented building. The Librarian with Counter Attendant are the only professional persons. One clerical staff, a peon and a chowkidar looks after the Library. The Library has a good collection of book and is having good number of users. We look forward to having Library building in future.

Kolasib- the Library was established in January, 1980 as a Sub-Divisional Library. It is located in Kolasib and run in the private rented house for a number of years. With the building grant of the Raja Rammohan Roy Library Foundation, the land has been acquired and Library building constructed in 2008. The new building was commissioned in October, 2008. The Librarian, Counter Attendant, one clerk with a peon are looking after the Library. Man power requirement is badly felt.

Champhai- The Library was established in 1983 as a Sub-Divisional Library. It is housed in a private rented building in the Champhai Town. A plot of land has been acquired in 2008 at Old D.C. Complex and Construction of building was also started with the grant received from Raja Rammohan Roy Library Foundation, Kolkata. The work is in progress. The Library is manned by the librarian, one Counter Attendant with one LDC and a peon. We are short of man power.

Saiha- The District Library at Saiha was opened in May 1975 near the D.C. Complex. The Assam type building inherited from the Education Department is wearing away and a new building is expected to be constructed with the grant from Raja Rammohan Roy Library Foundation,Kolkata. The District Library has been given to the Mara Autonomous District Council (MADC) way back in 1993 by the Govt. of Mizoram under the enhancement of powers to autonomous District Councils. The Library is run by the Librarian with a Counter Attendant, one clerk, peon and one chowkidar.